That night, St. John does something he rarely does any more. He kneels beside his bed and prays. Not that he doesn’t pray. He often prays, but tonight, for whatever reason, he is driven to pray in the old fashioned manner he had been taught when he was a child.

Closing his eyes, he leans forward and buries his face in his folded hands. Then he prays fervently to the God who has always sustained him, who has never failed him. There is something else different about his prayers tonight as well.

Different because this time, his prayers are wordless. He lets God read his thoughts because he cannot put his emotions into words. To do so would only make them more powerful than they already are, and he is already alarmed by their strength.

He sighs heavily. He does not fully understand how what began as mere irritation at the pronouncements of Sam Jackson, had morphed into hatred. “God, please forgive me,” he whispers, reeling at the self-revelation. But that is exactly what he feels for Jackson. Pure hate.

This is not an acceptable emotion for a man of God. As a man of God he is called to love, in words and deeds, if not actual emotion. He’d always been taught that eventually the emotion will come.

Uncomfortable with the feelings of hatred, he prays harder and more fervently, and digs deeper into his emotions, trying to gain some peace with them. Soon, a glimmer of understanding comes to mind, and his eyes pop open in surprise.

He realizes that underneath his hatred is a deep and abiding fear. St. John knows that fear is not of God, for God does not bring a spirit of fear. But fear is certainly one of the emotions that has consumed him whenever he encounters Sam Jackson.

Why though? What about Jackson inspires fear? St. John allows his mind to drift as he waits on the Lord to provide him with an answer. He doesn’t have to wait long. In a broken world with a large segment of the population that worships science above faith and a Creator, people like Sam Jackson and his cohorts could amass a great deal of power over the people.

St. John watched a documentary just last week, and heard that old saying about religion being ‘the opiate of the masses’. It had chilled him to the bone then, and it chills him no less so now.

The German philosopher, Karl Marx, who many considered to be the father of Communism first made that anti-religion comment more than a century ago. Now it is being dragged out, dusted off and used once more in a latest effort to push God out of the hearts and lives of humanity.

A world without God, without faith, without the assurance of things hoped for, and the conviction of things not seen, would be a world doomed to spiral downward into a form of hell on earth. Not like it wasn’t close to that already.

He tries to visualize a society run by people like Sam Jackson, the kind of society future generations will be forced to live in, and shudders. Hell on earth is putting it mildly. St. John squeezes his eyes shut and keeps on kneeling, desperate prayers echoing through his mind to the exclusion of all else.

Even when he becomes aware that Molly has come to bed, still he prays. He begs God for the peace he so desperately needs, asks Him to let it flow through him. He needs to feel that peace before he can even attempt to sleep.

Another thought nudges forth. David Moore’s attendance at the cocktail party was a bad sign. If Sam Jackson can get the press on his side… St. John gives a hard shake of his head, rejecting the idea. It intrudes anyway. If Jackson’s scientific approach to running the world garners the attention of mass media, the world will be doomed.

These are the thoughts St. John battles as he continues to send his wordless prayers up to God and plead for His peace and guidance. These are the fears that will not cease haunting him. 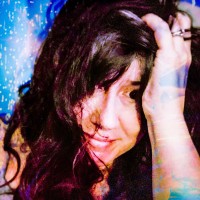 C.B. Stone is author of the Unbelief trilogy, the Absence of Song trilogy, and more trilogy-like works. She also occasionally indulges in sushi and chocolate. OK, perhaps occasionally isn't the right word. Often? Every opportunity presented? ::ditches 3rd person voice:: Drat... OK, my name is C.B. Stone and I am a choc-o-holic and sushi addict. Feel better now? You know you're with me.